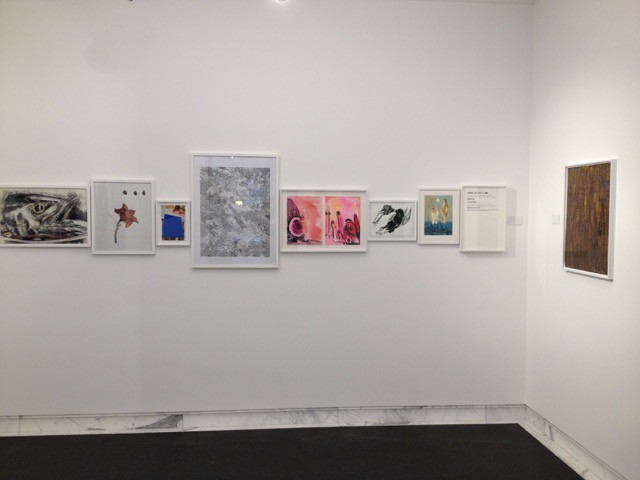 “Person, Place or Thing “is an exhibition of works on paper by emerging and established artists selected by Quang Bao, the new artistic director for 68projects in Berlin. Using paper as the basis for the group exhibition allows for a diverse range of artworks and participating artists, tightened by asking each artist to make a work that falls into one of the three categories in a standard guessing-game prompt. Most of the artworks are presented as finished works on paper through a few illustrate the artistic practices of sculptors, film/video makers and performance artists.
“I have always loved the intimacy, evident handiwork and reinvention contained on a single sheet of paper,” Bao said. “I wanted to celebrate the generative power of human imagination.”